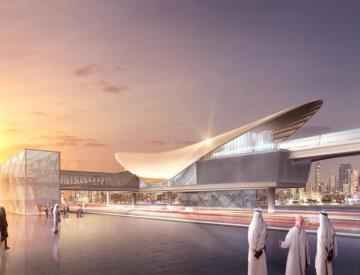 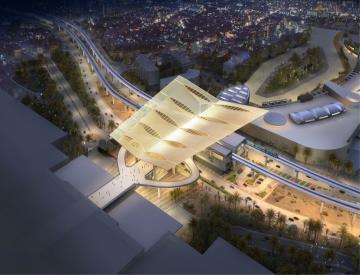 Route 2020, which is an extension of Dubai Metro Red Line, will feature driverless Rolling stock.

Route 2020 is a five-stage extension of the Dubai Metro Red Line up to the World Exposition 2020 (Expo 2020) exhibition site in Dubai, UAE. Estimated to cost $2.9bn, the project represents the first major expansion of the Red Line. The Roads and Transport Authority of Dubai (RTA) is undertaking the project in 2015.

Construction on the metro rail extension route began in September 2016 and is expected to be completed by the end of 2019, while operations are planned to commence by May 2020.

The new route is expected to serve approximately 270,000 commuters travelling to and from commercial and residential areas.

The Route 2020 comprises a 15km-long line, of which 11.8km will be an elevated section and the remaining 3.2km underground which will have depth ranging between 12.5m and 36m.

The route will have seven LEED Gold-certified stations including three interchange and two underground stations. The plan also includes the creation of an iconic station at the exhibition site and an interchange station on the Red Line at the Nakheel Harbour and Tower.

The main Expo Station is designed to represent the wings of a plane. The exquisite outer structure of the Expo station comprising a sweep and a curve will make it stand out from all the other stations being built along the Route 2020.

The new line will provide a single-seat journey for passengers arriving at Dubai International Airport to the Expo 2020 site. Initial projected ridership figures are 125,000 passengers per day, rising to 275,000 by model year 2030, by which time it is anticipated that Route 2020 will extend to the new Al Maktoum International Airport and provide direct connectivity between both international aviation hubs of Dubai.