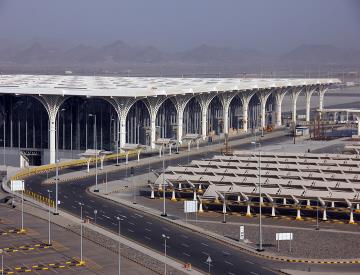 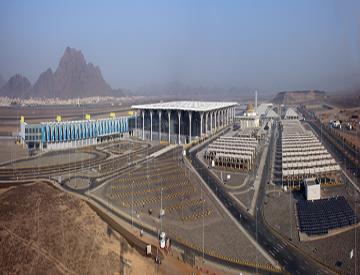 The project was inaugurated on 2nd July, 2015 by The Custodian of the Two Holy Mosques King Salman bin Abdulaziz al Saud, in the presence of other major dignitaries from the Kingdom. The $1.2 billion expansion plan consists of a three-level terminal covering over 200.000 square metres with 27 aircraft stands and boarding bridges.

For Hajj and Umrah pilgrims, who are looking to sanctify their travel with a visit to Madinah, the airport expansion plan comes as a boon. Moreover, Prince Mohammad Bin Abdulaziz International Airport (Madinah Airport) is also likely to be the harbinger of heightened economic activity and the precursor to other privatisation initiatives.

While Phase I of the airport can handle 8 million passengers, the second and third phases will be able to handle passenger traffic of 14 million and 27 million, respectively. PMIA is the only Leed Gold Certified Airport in Gulf Region. .